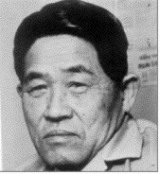 
Shigeo Shingo (新郷 重夫 Shingō Shigeo, 1909 - 1990), born in Saga City, Japan, was a Japanese industrial engineer who distinguished himself as one of the world’s leading experts on manufacturing practices and the Toyota Production System. 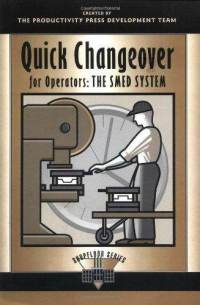 After having worked as a technician specialized in fusions at the Taiwanese railways in Taipei, at the end of the World War II, in 1945, he started to work at the Japan Management Association (JMA) in Tokyo, becoming a consultant focused on the improvement of factory management. Gathering tips from the improvement experiences in field he had in 1950 at Toyo Ind. (nowadaysMazda) and in 1957 at the sites in Hiroshima of the Mitsubishi Heavy Industry, since 1969 Shingō got involved in some actions in Toyota Motor Corporation (Toyota) for the reduction of set-up time (change of dies) of pressing machines which took him to the formulation of a specific technique based on operational analysis, which allowed to shorten times from the current 1–2 hours (or even half a day) per each exchange of die to a rapid setting of a few minutes. The method spread out under the English denomination Single Minute Exchange of Die, abbreviated as SMED.
Besides, Shingo seems to be known far more in the West than in Japan, as a result of his meeting Norman Bodek, an American entrepreneur and founder of Productivity Inc. in the USA. In 1981 Bodek had travelled to Japan to learn about the Toyota Production System, and came across books by Shingō, who as an external consultant had been teaching Industrial Engineering courses at Toyota since 1955. Since 1947, in fact, Shingō had been involved all over Japan in the training of thousands of people, who joined his courses on the fundamental techniques of analysis and improvement of the operational activities in factories (among which the P-Course®, or Production Course).
Shingō had written his Study of the Toyota Production System in Japanese and had it translated, very poorly, into English in 1980. Bodek took as many copies of this book as he could to the USA and arranged to translate Shingo's other books into English, eventually having his original study re-translated. Bodek also brought Shingō to lecture in the USA and developed one of the first Western lean manufacturing consultancy practices with Shingō's support.
The relevance of his contribution has sometimes been doubted upon, but it is substantially confirmed by the opinions of his contemporaries, many saw him even as a contributor to the fundamental concepts of TPS, such as Just in time, and the “pull” production system, which were created by Toyota and Mr.Taiichi Ohno and still remain a strong logical and practical basis for the lean production and lean thinking management approaches. The myth prevails that Shingo invented the Toyota Production System but what can be stated is that he did document the system. Thanks to his charisma we owe to Shingo the merit of having contributed to the formalization of some aspects of the management philosophy known as Toyota Production System (TPS), developed and applied in Japan since the 1950s and later implemented in a huge number of companies in the world.
What cannot be denied is that he added two words to the Japanese and English languages: Poka-yoke (mistake-proofing, not 'fool-proofing', which Shingo rejected as a term) and Single-Minute Exchange of Die (SMED).
In 1988, the Jon M. Huntsman School of Business at Utah State University recognized Dr. Shingō for his lifetime accomplishments and created the Shingo Prize that recognizes world-class, lean organizations and operational excellence.
The theorist of important innovations related to Industrial Engineering, such as Poka-yoke and the Zero Quality Control, Shingō could influence fields other than manufacturing. For example, his concepts of SMED, mistake-proofing, and "zero quality control" (eliminating the need for inspection of results) have all been applied in the sales process engineering.
Shingo is the author of several books including: A Study of the Toyota Production System; Revolution in Manufacturing: The SMED System; Zero Quality Control: Source Inspection and the Poka-yoke System; The Sayings of Shigeo Shingo: Key Strategies for Plant Improvement; Non-Stock Production: The Shingo System for Continuous Improvement and The Shingo Production Management System: Improving Process Functions.